Huawei delay in the announcement of P8
Instead of Mobile World Congress Huawei will announced its P8 In April 15.
The Mobile World Congress will be held in March, All mobile operators will introduce innovative new products, Huawei also introduce their smart watches, smartphones, and tablets. Before this Huawei announced that P8 will launched On the occasion of MWC, but now Huawei intended that this phone will announced on April 15 in London in new event just for P8.
Available details are as follows
Screen 5.2 inches
Display: 1080p
Camera: 13 megapixel
Chip set: Huawei kirin 930
Processor: Octacore 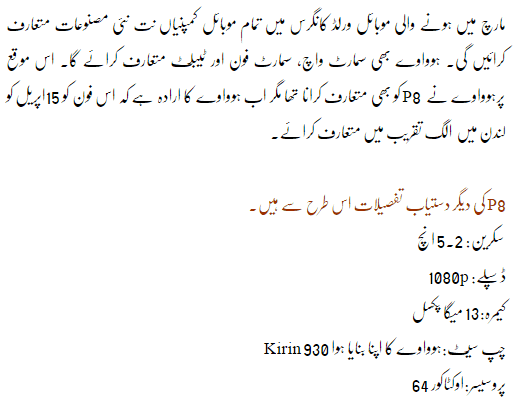