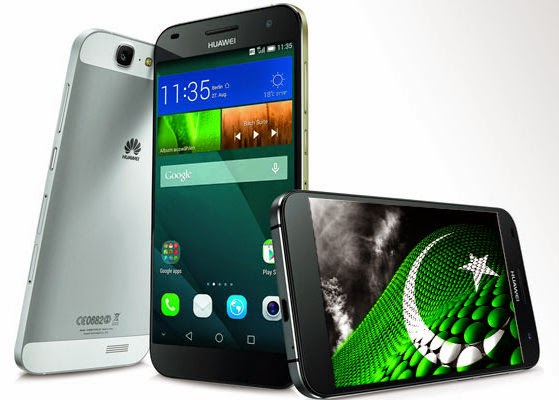 As Huawei’s share is growing up and up in the global smartphone market Huawei introduce another amazing smartphone with 4G enable name as Huawei Ascend G7.

Ascend G7 is contain 4.4 Android KitKat operating system while the processor of it, is Quad-Core 1.2 GHz. However the handset has a 5.5 inches of display screen. In tram of memory it has 16 GB internal while it can be extend with the help of Micro SD card up to 32 GB, While it possesses 2 GB of RAM.


Smart camera gets a very important part of every smartphone for video calling and selfies while Ascend G7’s rear camera is 13 megapixels however its secondary camera is 5 MP for video chat and making selfies fun.

Specialty of the Ascend G7 is that, its weight is just 165 gram including its battery, and its thickness is only 7.6mm. however outer body made with metal.
The most important think is its battery, company says we focused on the battery life, it contains 3000mAh which will gives the 600 hours while in standby mode.

Huawei is available with a price tag of Rs.30,000 in Pakistan.

JazzCash to provide its Payment Solutions to Kaymu’s Customers