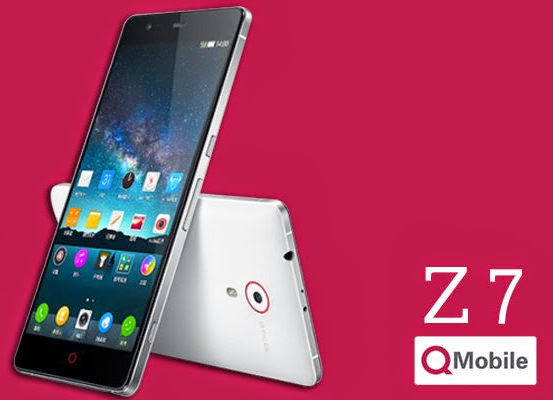 QMobile has just introduce new smartphone in its Z-series, which is called Noir Z7. QMobile launched this mobile with the tag of “world most slimmest smartphone” which carry just 97G weight.
This device will work on Android 4.4 KitKat operating system with the processor of 1.7 GHz. To make it more super fast it will contain 1GB of RAM.
To keep the screen protected from scratches it will come with the gorilla glass 3. This phone possesses 4.8 inches of display with 720 x 1280 pixels of resolution.
However Z7 come with 16GB  of internal memory, 2050 mAh of battery, 8MP primary Camera with LED flash while secondary camera is 5 MP for selfies and videos calling.
We don’t thinking that Noir Z7 is much powerful smartphone as compared to its price and its feature while the competition is very high in Pakistan however Price of Z7 is Rs. 23,500
qmobile z7,

Sastaticket.pk Spreads Love this Valentine’s Day with an Amazing Offer