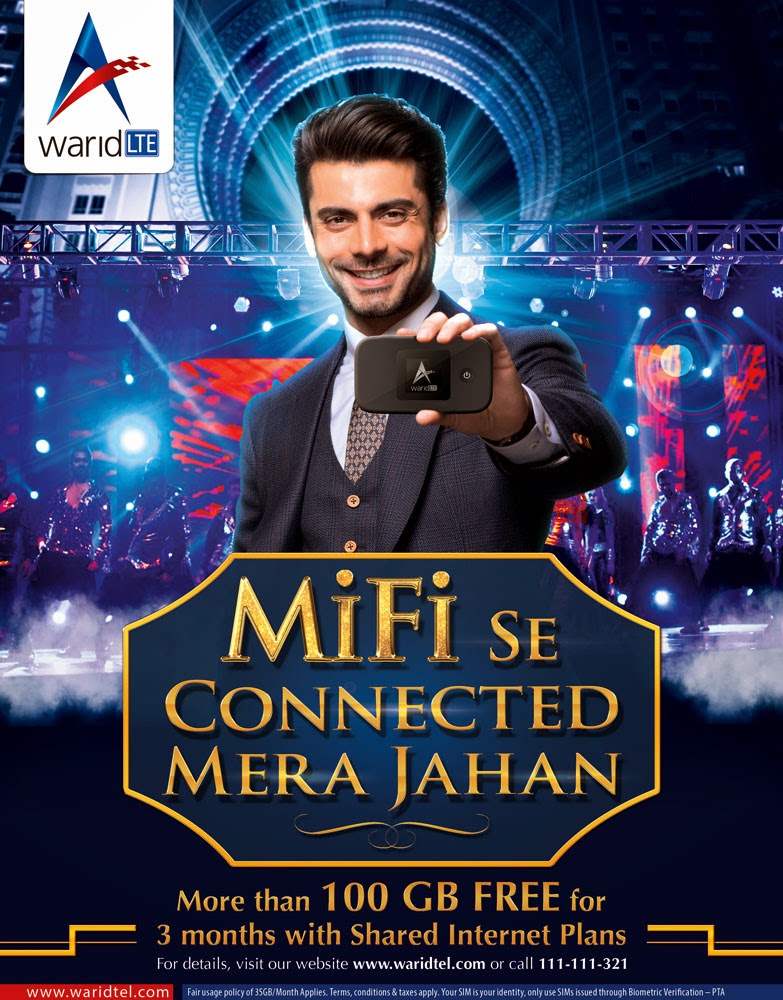 The MiFi device functions as a portable wireless router that can connect up to 10 smartphones, tablets or laptops, whereby users will have access to LTE speed internet on the go in all major cities around Pakistan. Shared Plans, available for both prepaid and postpaid customers, allow the users to choose up to two additional Warid numbers to share an internet plan and a common bill whenever and wherever they are. These are applicable to both LTE device as well as MiFi device users. The system is secure as no other device can access the network without authentication by the MiFi owner. Not just that, the battery life goes up to six hours adding to the customer’s convenience.

Mr. Asim Ali, Director Pricing, Segments & VAS at Warid Telecom, while commenting on this industry-first said, “We are committed to delivering the state-of-the-art technology that empowers our customers and makes their lives easier. Warid MiFi is designed to connect users to the mobile Internet with their own portable hotspot, so they can stay connected to the people and information important to them.”

An initial cost of Rs. 9,999 acquires the MiFi device with an LTE enabled SIM as well as an entitlement to 35GB worth of free internet every month for three months consecutively. A further option of three plans is given in the range of 15-35GB priced between Rs. 1,500 and 3,000. This offer is for all Warid customers and can be opted for by using Warid’s online portal and logging in with your mobile number.