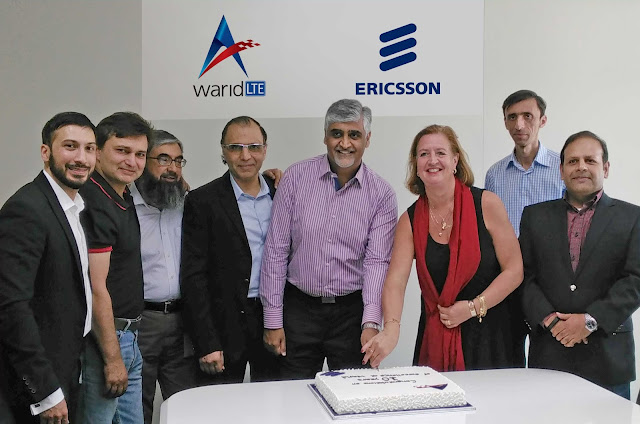 Ericsson congratulates Warid Telecom on 10th Anniversary  Seen in the picture, Victoria Strand, President Ericsson AB UAE and Vice President Customer Unit Gulf Countries and Pakistan while cutting the 10th anniversary cake with Mr. Muneer Farooqui, CEO Warid Telecom. Victoria while commenting on Warid Telecom’s 10th anniversary said “I congratulate Warid Telecom for completing its 10 years of service excellence in Pakistan. Not only Warid has thrived in all these years, it has also become the largest 4G LTE network in the country which is another milestone company has achieved.

Being Warid’s business partner and technology provider we strongly believe in enabling change and change makers around the world and it’s connectivity  which is the starting point for new ways of innovating, collaborating and socializing and eventually enhancing the lives in networked societies. We wish Warid Telecom great progress in years to come.”

Nokia 6 is available for sale in Pakistan

How to Create a PREMIUM Website with WordPress – Elegant Themes!