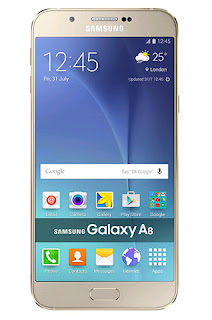 Samsung has launched its ‘mind blowing’ mobile phone Galaxy A8 in China and South Korea. It is the thinnest smartphone which the company has ever produced.

It is available in two colors: white and Gold with a price slot of USD 563. The phone has 5.7 inches display containing a pixel density is 386 ppi. Powered by octa-core 1.5 GHz CPU, Galaxy A8 is having 2GB RAM along with 16GB/ 32GB of primary storage is inside of it. It has the micro SD card slot for the wishers of additional memory.

Its 16 MP rear camera has a unique feature of auto adjustment of light in less optimal lightening conditions. The front cam is of 5 MP. Its humming feature is its battery which is 3050 mAh. What about the security? The answer lies in its home button which is fingerprint scanner.

HUAWEI nova 3i gets a New Colour