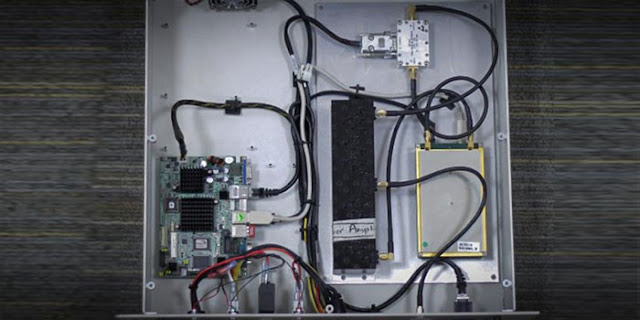 You might have heard about the natural disasters that usually cause a huge loss of lives, resources as well as the whole communication system, resulting into disruption of rescue works.
Therefore, Pakistani researchers at Information Technology University (ITU) in Lahore have come up with an efficient solution of the issue and have collaborated with a team from the University of California to develop a portable, solar-powered mobile phone network that can work during in disasters like floods and earthquakes.
The prototype is named as “Rescue Base Station” (RBS) that aims to serve as an emergency telecom system to be compatible with normal cell phones.
What is actually interesting about RBS is the fact that apart from enabling people to send and receive calls and SMS, it is also capable of allowing them to browse the internet free of cost.
Configuration wise, RBS is a lightweight and portable rectangular box fitted with an antenna, a signal amplifier and a battery, which can be easily dropped in hard-to-reach disaster zones through a helicopter. Its signals can be received within a three KM radius while it is also efficient for generating automatic database of people trapped in disaster.
RBS is designed to work on solar energy to keep working without the need of electricity though, the developers expect it to be available in the first half of the upcoming year in partnership with the National Disaster Management Authority and a local telecoms companies.
The prototype of RBS for Pakistan is funded by Google Faculty Research Award and its development cost is near to $6,000.

PTA bans use of DECT 6.0 cordless phones in Pakistan