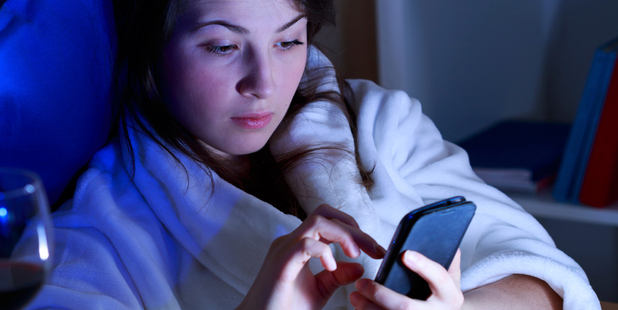 A recent research conducted by the researchers of Glasgow University, Scotland shows that the teenagers who use social media during the night are posed to damage their sleep and increase their risk of getting into depression and anxiety.
The study included more than 460 teenagers of a secondary school in Scotland who were questioned about their general social media habits, and in particular, their night-time use of sites such as Facebook and Twitter.
22% of the 8 year students and 23% of 10 year students said that they almost always wake at night to sue social media.
On the other side, 32% students among year 8 reported that almost always they feel at school, while 39% of 10 year of pupils responded with the same answer.
The research says that hte disruption caused due to using social media at night may have more oa an impact of fatigue the next day than the number of hours spent in bed.
Likewise, another recent report from reserchers at the Wales Institute of Social and Economic Research, Data & Methods (WISERD) warned that teenagers using social media through the night are increasing their risk of anxiety and depression.
According to experts, it is of great importance to discourage adolescents from using social media during the night as overall social media use influences the quality of sleep and those who lag on tat night appear to be particularly affected.

Telenor Strengthens its Commitment towards Realizing a ‘Digital Pakistan’

If Price Doesn’t Sell Used Cars, What Does?