The process of buying or renting a house is about to change, change utterly: introducing the virtual world of real estate. Virtual reality has reared its head across almost all sectors of the economy in what only seems like a short number of months. It has taken consumer consumption to a level never seen before: from virtual shopping malls to virtual museums we are all slowly moving into a new form of reality. With VR there are those who think it will transform the consumer world and there are those who haven’t put on a headset yet. 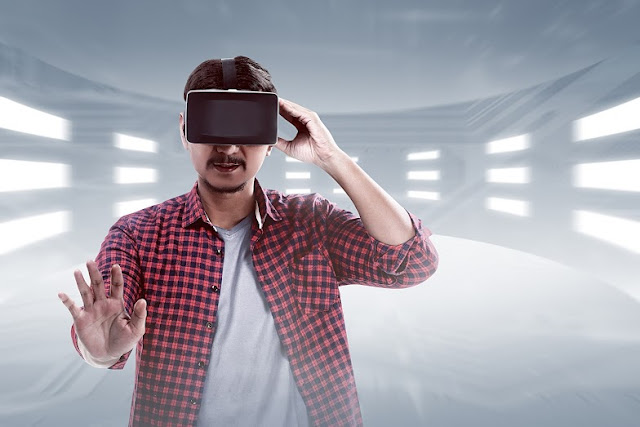 Naturally, it wasn’t long before real estate companies got onboard with this groundbreaking technology. “It’s a no-brainer,” said Saad Arshed, the founder of —the global property portal—Lamudi Pakistan. “What we see now is investors getting the chance to —almost literally— step inside the house that they are thinking about investing in. You will see in the following years the transition from viewing properties online on portals like Lamudi to actually completing the entire transaction from the comfort of your home. This will make investing in property worldwide as easy as investing in the stock market,” said Arshed.

David Cronenberg’s protagonist—Seth Brundle— tried to create a telepod in the science fiction horror film The Fly but had disastrous results. The modern VR set is a far cry from that doomsday scenario and placing on the modern—snorkelling masklike headset—is now a far more pleasant experience. Nowadays, the places you can transport to are as exotic as the Moon or as dangerous as Mars. “Whatever about flying to a desert island with the headset, homeowners can actually step inside the apartment they have been dreaming of, walk around the building and place a deposit before the builders have even started,” Arshed went on to say.

However, the technology still remains prohibitively expensive. And for most property companies the next logical step is to add 3D walk-throughs which are an updated model of the panoramic camera shots from yesteryear. In the future, when large commercial deals are being pitched to investors—you can guarantee— a VR tour will be a fundamental part of the sale. Trying to get a buyer to part with millions without seeing the building is challenging, to do it after a VR viewing is less so.

In the future, we could see open houses confined to the history books. A buyer could slip on a headset in Canary Wharf and zip around flashy commercial properties in Manilla while he sips his latte and watches something on tv. Expect the technology to keep getting better: soon allowing touch sensations or perhaps smell to encourage an overseas investor to jump on a plane. One thing is for sure, buying a house in the future will be an entirely different experience.

One in three Punjabi women aged 15 to 64 faces violence, according the survey